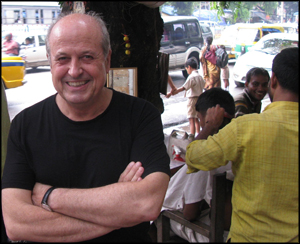 In this paper we study the role of religiosity in political choices such as redistribution and individual liberties. To a standard model with consumption and eort, we add a third good: civil liberties with a cap established by law. More liberties, like divorce, abor-tion, gender parity, or gay marriage, may be considered good by the secular and detrimental by the religious individuals. With standard assumptions on individual preferences, one obtains that wider lib-erties increase the marginal utility of consumption to seculars, and decrease it to religious individuals. Labor supply and income are therefore lower for religious individuals in the presence of liberties. This implies a higher share of religious agents among the poor,consistent with evidence that the poor care more about «moral values». We analyze the preferences of individuals over taxation and the legal cap over liberties. We show that restriction of lib-erties can arise as an equilibrium outcome of a simple political process when society is suciently religious. Moreover, if eco-nomic polarisation is lower than religious polarisation, restriction of liberties results in lower taxation. Thus more religious societies will impose lower taxation both because (i) their productivity is lower, (ii) repression of liberties is more likely to arise and result in lower taxes.