Who performs better under time pressure? Results from a field experiment 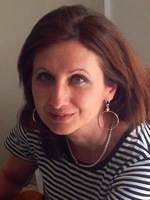 We investigate whether and how time pressure affects performance. We conducted a field experiment in which students from an Italian University are proposed to choose between two exam schemes: a standard scheme without time pressure and an alternative scheme consisting of two written intermediate tests, one of which to be taken under time pressure. Both exam schemes consist of a verbal and a numerical part, each carrying half of the total marks. Students deciding to sustain the alternative exam are randomly assigned to a “time pressure” and a “no time pressure” group. Students performing under time pressure at the first test perform in absence of time pressure at the second test and viceversa. We find that being exposed to time pressure exerts a negative and statistically significant impact on students’ performance both at the verbal and at the numerical task. The effect is driven by a strong negative impact on females’ performance, while there is no statistically significant effect on males. Gender differences in handling time pressure are relevant only when dealing with the verbal task. Using data on students’ expectations, we also find that the effect produced by time pressure on performance was correctly perceived by students. Female students expect a lower grade when working under time pressure, while males do not.