Labor supply in the past, present, and future: a balanced-growth perspective 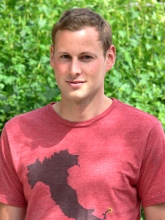 What explains how hard people work? Going back in time, a main fact to address is the steady reduction in hours worked. The long-run data, for the U.S. as well as for other countries, show a striking pattern whereby hours worked fall steadily by a little below a half of a percent per year, accumulating to about a halving of labor supply over 150 years. In this paper, we argue that a stable utility function defined over consumption and leisure can account for this fact, jointly with the movements in the other macroeconomic aggregates, thus allowing us to view falling hours as part of a macroeconomy displaying balanced growth. The key feature of the utility function is an income effect (of higher wages) that slightly outweighs the substitution effect on hours. We also show that our proposed preference class is the only one consistent with the stated facts. The class can be viewed as an enlargement of the well-known “balanced-growth preferences” that dominate the macroeconomic literature and that demand constant (as opposed to falling) hours in the long run. The postwar U.S. experience, over which hours have shown no net decrease and which is the main argument for the use of “balanced-growth preferences”, is thus a striking exception more than a representative feature of modern economies.