Backing the Incumbent in Difficult Times: The Electoral Impact of Wildfires. 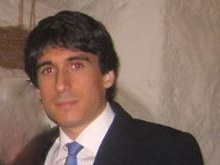 How do voters react to large shocks that are (mostly) outside the control of politicians? We address this question by exploiting a unique dataset that covers all wildfires in Spain from 1983 to 2011. We can observe the precise date of the fire, its size (surface burnt by municipality), and its cause (accidental or intentional). Using a difference-in-difference strategy, we find that a large accidental fire a few months before the election benefits the incumbent’s party in local elections. The effect is quantitatively large: a fire that burns at least 1% of the surface area of the municipality (on average, 300 hectares) in the 6 months before an election increases the incumbent’s party vote share by 4.2 percentage points. Larger fires have an effect of almost 8 p.p. We also show that the effect increases as the election day approaches: the effect is zero for fires more than a year ahead of the election, and steadily grows for fires closer to the polling day. The two main theories on voters’ response to large shocks — blind retrospection (Achen and Bartels, 2016) and «rational updating» (Ashworth et al, 2017) — cannot fully explain our results. We suggest that the effect is produced by a «rally» effect, in which voters prefer to vote for stronger parties in the aftermath of a disaster. Consistent with this theory, we find that the effect is larger for stronger (more voted) incumbents.