Brexit and Uncertainty in Financial Markets 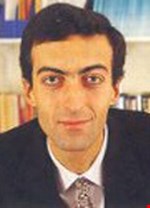 This paper applies long-memory techniques (both parametric and semi-parametric) to examine whether Brexit has led to any significant changes in the degree of persistence of the FTSE (Financial Times Stock Index) 100 Implied Volatility Index (IVI) and of the British pound’s implied volatilities (IVs) vis-à-vis the main currencies traded in the FOREX (foreign exchange market), namely the euro, the US dollar and the Japanese yen. We split the sample to compare the stochastic properties of the series under investigation before and after the Brexit referendum, and find an increase in the degree of persistence in all cases except for the British pound-yen IV, whose persistence has declined after Brexit. These findings highlight the importance of completing swiftly the negotiations with the European Union (EU) to achieve an appropriate Brexit deal.