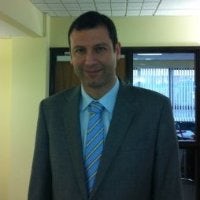 Michael Arghyrou (joint with A. Afonso, M. D. Gadea and A. Kontonikas)

This paper investigates the role of unconventional monetary policy as a source of time-variation in the relationship between sovereign bond yield spreads and their fundamental determinants. Our results provide evidence of a new bond-pricing regime following the announcement of the Outright Monetary Transactions (OMT) programme in August 2012. This regime is characterised by a weakened link between spreads and fundamentals, but with higher spreads relative to the pre-crisis period and residual redenomination risk. We also find that unconventional monetary policy measures affect the pricing of sovereign risk not only directly, but also indirectly through changes in banking risk.