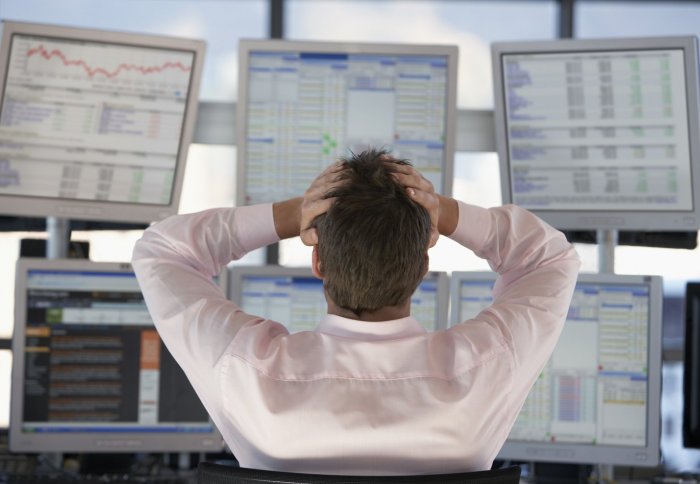 The hormones testosterone and cortisol may destabilise financial markets by making traders take more risks, according to a study.

Researchers simulated the trading floor in the lab by having volunteers buy and sell assets amongst themselves. They measured the volunteers’ natural hormone levels in one experiment and artificially raised them in another.

When given doses of either hormone, the volunteers invested more in risky assets.

“Our view is that hormonal changes can help us understand traders’ behaviour, particularly during periods of financial instability”, said Dr Carlos Cueva, one of the lead authors of the study, from the Departament of Fundamentos del Análisis Económico at the University of Alicante.

The researchers think the stressful and competitive environment of financial markets may promote high levels of cortisol and testosterone in traders. Cortisol is elevated in response to physical or psychological stress, increasing blood sugar and preparing the body for the fight-or-flight response. Previous studies have shown that men with higher testosterone levels are more likely to be confident and successful in competitive situations.

The authors of the new study, published in Scientific Reports, suggest the findings should be considered by policymakers looking to develop more stable financial institutions.

Dr Ed Roberts, one of the lead authors of the study, from the Department of Medicine at Imperial College London, said: “Our aim is to understand more about how these hormones affect decision making. Then we can look at the environment in which traders work, and think about whether it’s too stressful or too competitive. These factors could be affecting traders’ hormones and having an impact on their risk-taking.”

First the researchers measured levels of the two hormones in saliva samples of 142 volunteers, male and female, playing an asset trading game in groups of around 10. Those who had higher levels of cortisol were more likely to take risks, and high levels in the group were associated with instability in prices.

In a follow-up experiment, 75 young men were given either cortisol or testosterone before playing the game, once with the hormone and once on a placebo. Both hormones shifted investment towards riskier assets. Cortisol appeared to directly affect volunteers’ preference for riskier assets, while testosterone seemed to increase optimism about how prices would change in the future.

“The results suggest that cortisol and testosterone promote risky investment behaviour in the short run,” said Dr Roberts. “We only looked at the acute effects of the hormones in the lab. It would be interesting to measure traders’ hormone levels in the real world, and also to see what the longer term effects might be.”

Economists have long recognised that the unpredictability of human behaviour can make financial markets unstable. John Maynard Keynes wrote of “animal spirits” and Alan Greenspan and Robert Shiller alluded to “irrational exuberance” as a possible cause of overvaluations in asset markets. However, scientists have only recently begun to explore the physiological basis for this phenomenon.

Prof Joe Herbert, a co-author of this study from the Department of Clinical Neurosciences at the University of Cambridge, reported in an earlier field study that traders made significantly higher profits on days when their morning testosterone levels were above their daily average, and that increased variability in profits and uncertainty in the market were strongly correlated with elevations in their cortisol levels.

The research was funded by the Economic and Social Research Council.

You may acess the paper here: