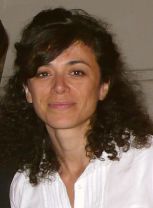 In this paper we study the role of religiosity and individual liberties in influencing the choice of labor effort. To a standard model with consumption and effort, we add a third (public) good: civil liberties with a cap established by law. More liberties, like divorce, abortion, gender parity, or gay marriage, may be considered good by the secular and detrimental by the religious individuals. With standard assumptions on individual preferences, one obtains that wider liberties increase the marginal utility of consumption to seculars, and decrease it to religious individuals. This implies, under some conditions, that individual labor supply and thus income is decreasing in the level of personal religiosity and that this negative relationship is enhanced by the width of liberties. We show empirically that this holds and that the size of the effect is large. Specifically, we construct an index of civil liberties and find solid evidence in support of the joint effect of religiosity and liberties on labor effort.