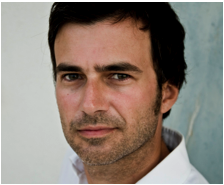 We exploit the exogenous variation in health patterns across European regions that resulted from the Chernobyl nuclear disaster to provide new quasi-experimental evidence on the causal effect of health on social capital. Our instrumental variable estimations show that the radioactive fallout is positively associated with an increase in hospital discharges after treatment for neoplasms almost thirty years later. An increased incidence of neoplasms induced by the radioactive fallout generates a sizeable impoverishment of social capital at nearly all levels, including social interactions, altruism and trust toward institutions and the health care system. Our findings suggest that health care and prevention may have higher returns than previously thought since they may also contribute to a significant increase in social capital.